What does Psychology say about terrorism?

What does Psychology say about terrorism?

The Term terrorism has been defined in many ways, even there are about a hundred definitions of terrorism in the United Nations. The Oxford dictionary defines terrorism as “The unlawful use of violence and intimidation, especially against civilians, in the pursuit of political aims”
The term terrorism originated from the French word “terrorisme” and from Latin word “terrere” and originally referred specifically to state terrorism as practised by the French government during the 1793–1794 Reign of Terror.
Terrorism has affected the whole world especially after the events of 9/11. It affects a country 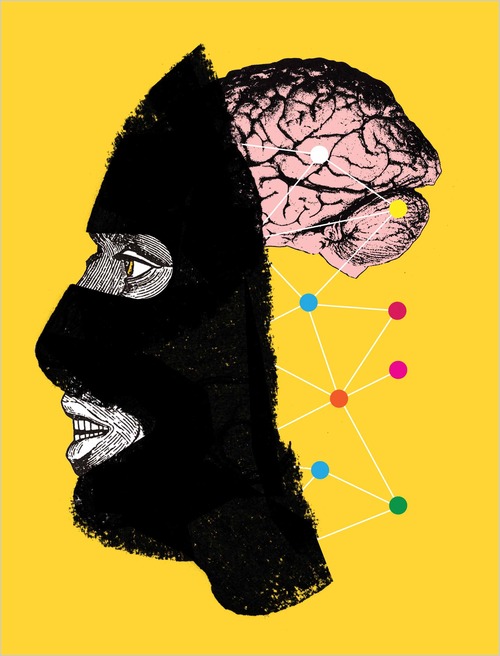 in many different ways from the loss of innocent human lives, loss of public or government property, economic losses, and even to the destabilization of the country.

Pakistan is in a continuous state of war with terrorism for a long time especially after 9/11 and especially it started in 2003 in Pakistan. According to the statistics, there were 27528 causalities in Pakistan including 21075 civilians and 6453 security forces personnel from 2003 to 27 March 2016. While 32838 terrorists were also killed in the same duration.

Here a question arises that why people become terrorists? According to studies in the field of psychology, the common perception that terrorists are psychopaths, antisocial personalities, or sadist is not true. Rather people become violent due to different reasons. In most famous psychological experiment “Stanford Prison Experiment” 24 students were selected out of 75 students. Among them, 2 were selected as a reserve and one was dropped out. Finally, the remaining 21students were divided into two groups one of the prisoners (10 students) and guards (11 students). The results found that “Within a very short time both guards and prisoners were settling into their new roles, with the guards adopting theirs quickly and easily.
Within hours of beginning the experiment some guards began to harass prisoners. They behaved in a brutal and sadistic manner, apparently enjoying it. Other guards joined in, and other prisoners were also tormented”. These results indicated that anyone (in right or wrong circumstances) could be led to perpetrate acts of extreme violence.

According to Social psychologists, Stephen D. Reicher and S. Alexander Haslam People become agree for violent acts of terrorism when they are assured that they are doing an act of blessing and virtue. This is how they are brainwashed. Furthermore, the other major cause along with this is a lake of knowledge and awareness due to which those people do not think critically and get ready to work with terrorists.
French anthropologist Dounia Bouzar said that young people join terrorists due to emotional reasons instead of reasoning. So parents should focus on the acts of their children and should also develop strong communication with them.

Secondly in the situation of Pakistan, no one should be allowed to say anything in favour of terrorists because it can mislead his followers for violent actions against the public as well as armed forces. Furthermore, some other Ulma give lectures on Jannat which are also misused by the terrorists for brainwashing.
So what should be the possible solution? First of all, there should be a committee at the government level which should include Ulma’s from every sect to control any speeches and acts which cause sectarian division. They should openly say that there is no relation of Islam with terrorism and declare such acts and people as terrorist ones.
All the division on the basis of sects and languages should be removed to make the public united. Because when we are in a state we all are Pakistani, all the citizens are equal irrespective of sects, languages, and minorities. When people will be made realized then there will not be any division which will also reduce the chances of being misused by terrorists.

The purpose of our website is only to help students to assist, guide and aware them regarding material available. Moreover, it is necessary for you to take the permission if you want to reproduce or commercial purpose.

*All the rights reserved by Developer and Translator.

Help Us Improve This Article

Did you find an inaccuracy? We work hard to provide accurate and scientifically reliable information. If you have found an error of any kind, please let us know.

If you have any scale or any material related to psychology kindly share with us on psychologyroots@gmail.com. We help others on behalf of you

Features
Reviews
There are no reviews yet, why not be the first?
Leave a Review
You must be logged in to post a review.
No comments yet
TAGS